Wolfgang Hilbig wrote the 66 poems collected in abwesenheit between 1965 and 1977. During that time he struggled with the censorship offices of East Germany, he joined and was kicked out of writers groups. Ultimately he wrote his oppressors in the censorship office: “I will not submit to censorship.”

abwesenheit, translated into English as absence, are sixty-six poems written by a man trapped in a police state.

Only after his poems managed to escape was he allowed to leave as well.

The following poem is provided by translator Skip Rhudy, who in 1990 also translated Die Weiber (unpublished, but see Isabel Fargo Coles recent translation The Females, which is excellent). ECP Books is very happy to soon publish Wolfgang Hilbig’s first volume of poetry under license by S. Fischer Verlag. Here is the title poem, which laments the destruction of individuality — destruction achieved in part by the manipulation and stipulation of language itself by ideologue functionaries  of the East German state. 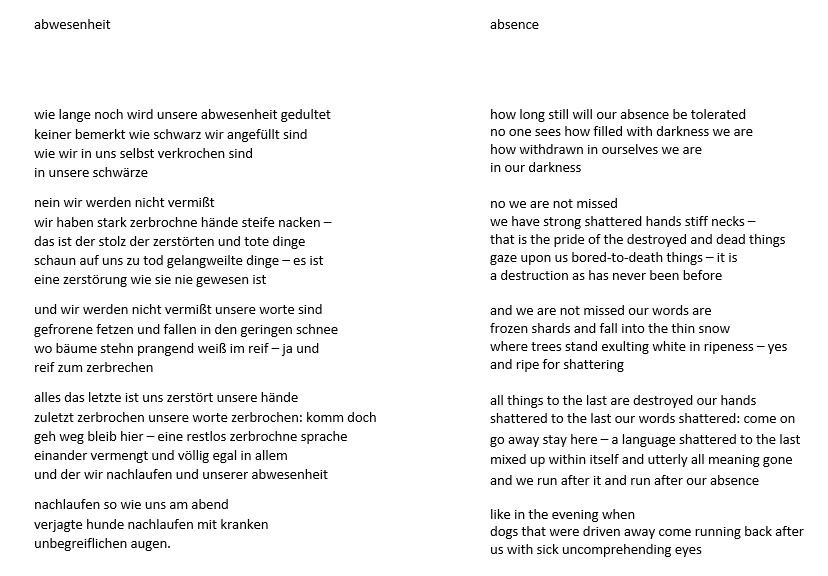